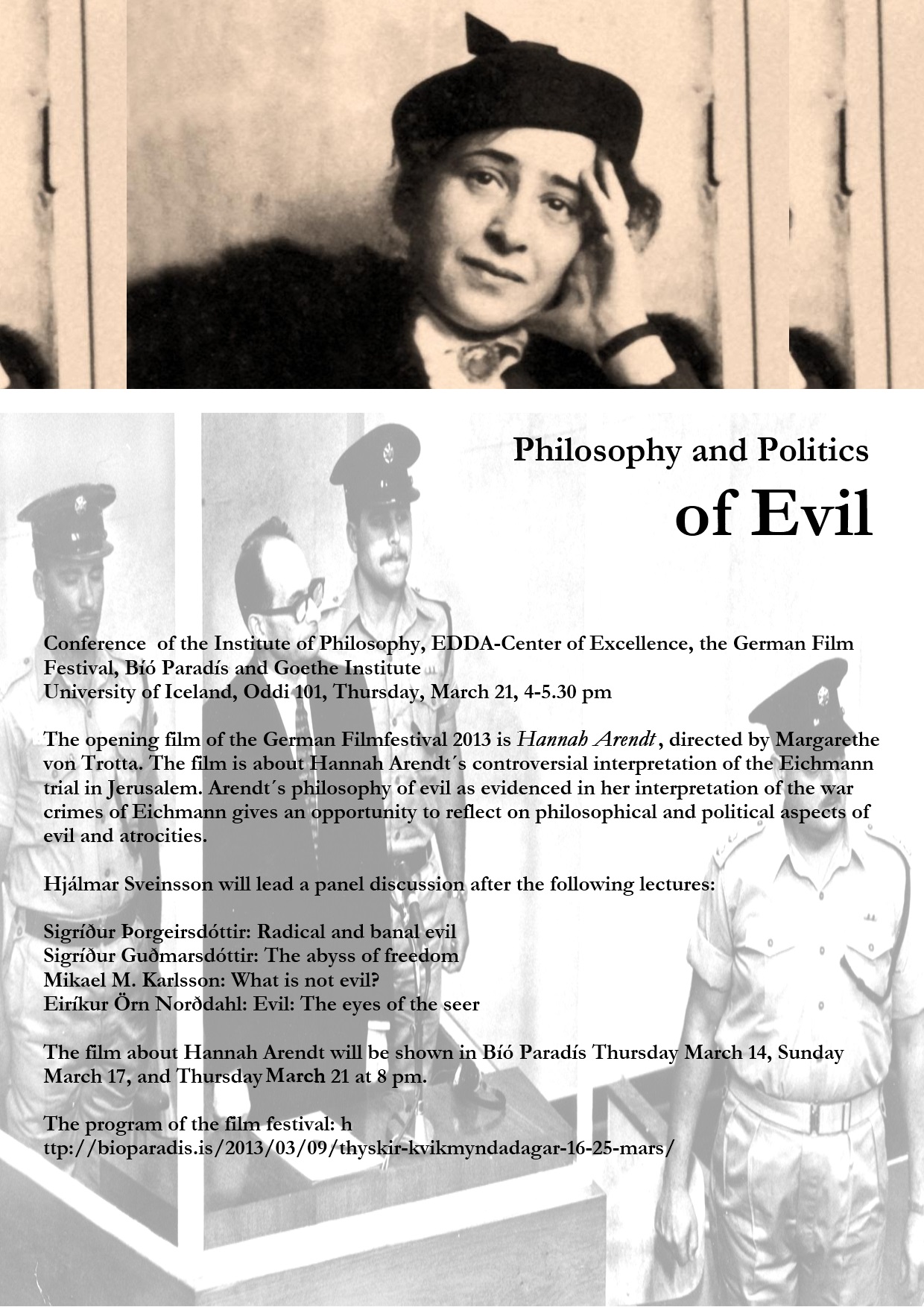 Symposium: Philosophy and Politics of Evil

The opening film of the German Film festival 2013 is Hannah Arendt, directed by Margarethe von Trotta. The film is about Hannah Arendt’s philosophy of evil as evidenced in her interpretation of the war crimes of Eichmann gives an opportunity to reflect on philosophical and political aspects of evil and atrocities.

Hjálmar Sveinsson will lead a panel discussion after the following lectures:

Sigríður Þorgeirsdóttir: Radical and Banal Evil
Sigríður Guðmarsdóttir: The Abyss of Freedom
Mikael M. Karlsson: What is Not Evil?
Eiríkur Örn Nordahl: Evil: The Eyes of the Seer