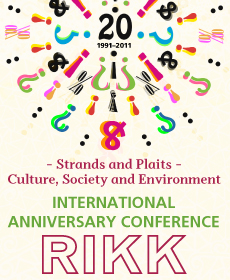 The conference is organized into 20 seminars with the interdisciplinary participation of scholars in women’s and gender studies. The conference will include a special focus on gender and the environment; gender and the economic crisis; gender and security; gender and health; gender, culture and the arts. To mark the occasion of the University’s centennial, panels will be held dedicated to the 100th anniversary of women’s rights to higher education and to hold public offices and to women’s contribution to the founding of the University of Iceland.

Keynote speakers are the following:

The conference is hosted in collaboration with The Center for Equality, Women’s History Archives, Institute of International Affairs, Institute for Sustainable Development, EDDA – Center of Excellence and the GEST – Gender Equality Studies and Training Programme at the University of Iceland.