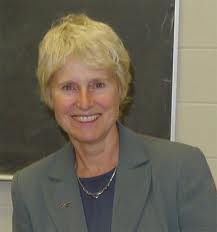 On Wednesday the 16th of February, Diane Elson, Professor of Sociology at the University of Essex in the UK and Chair of the UK Women‘s Budget Group, will give a public talk titled: Gender Budget Analysis for an Age of Austerity. The talk will take place in The Nordic House at 11:30-12:30.

This talk will draw on analysis made by the UK Women’s Budget Group of  the UK public expenditure cuts announced in November 2011.  It will consider whether there are any lessons for other women’s groups that want to analyse expenditure cuts in other countries.

Diane Elson has been a member of the UK Women’s Budget Group for more than 10 years, and is currently Chair of the Group. She is a Professor of Sociology at the University of Essex, UK. Diane has published widely on women’s rights and government budgets, and  acted as advisor on gender responsive budgeting to the United Nations Development Fund for Women, the United Nations Development Programme and the Commonwealth Secretariat. Her current research includes:  auditing economic policy from a human rights perspective; and macroeconomic policies and gender equality.

Her recent publications include:

The lecture is hosted by RIKK – The Center for Women’s and Gender Research in collaboration with EDDA – Center of Excellence. It is co-sponsored by the Center for Gender Equality (Jafnréttisstofa).