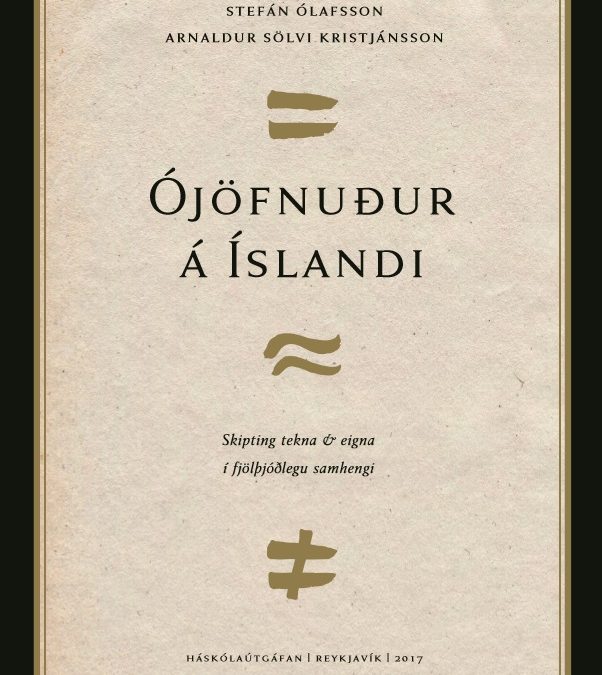 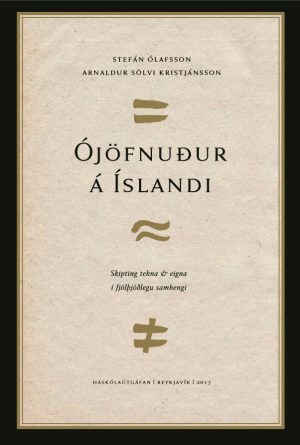 Ójöfnuður á Íslandi: Skipting tekna og eigna í fjölþjóðlegu samhengi [Inequality in Iceland: Distribution of Income and Wealth in an International Context] has just been published by the University of Iceland Press in cooperation with the EDDA center. The book will be launched at a public event at the Nordic House on 1 December 2017, 12:00-13.30.
The book is about inequality of income and wealth in Iceland, covering the period from 1927 to the present. It shows that inequality was quite pronounced before the Second World War. From the 1940s onward, the distribution of both income and wealth became much more equal. For about half a century, Iceland, along with the other Nordic countries, probably had the world’s highest level of equality. This age of equality was a period of extensive economic growth, rapid modernization of society and the economy, improved standards of living and the build-up of a Nordic-style welfare state.
Financial incomes increased rapidly from the late 1990s to 2007, but flowed primarily to the top income groups. The added impact of a shifted tax burden from higher to lower and middle incomes, increased inequality. The result was a greater increase in income inequality than previously seen in any other Western country since the mid-1950s. The financial collapse of 2008 then reversed this development, with Iceland once again moving towards more equality. The last three years have seen signs of a renewed shift to increased inequality.
The authors provide international comparisons of top-income shares and other measures of income and wealth distributions, including data from Thomas Piketty and Anthony B. Atkinson and their colleagues, the OECD and Eurostat. The period from 1992 to 2015 is analysed and various drivers of equality and inequality are assessed and weighted using advanced statistical methods.
Inequality in Iceland is a book about the fundamental forces that shaped Icelandic society from the early 20th century to the early 21st century, politics and the evolving standards of living of the population.
Keywords: inequality, income, wealth, comparison, explanation