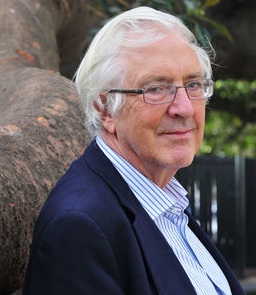 EDDA Public Lecture: The Optimal Design of a Constituent Assembly

Professor Jon Elster, the Robert K. Merton Professor of Social Sciences at Columbia University, will give a public talk entitled “The Optimal Design of a Constituent Assembly” on Tuesday 12 April 2011. The lecture will be held at the Ceremonial Hall, Main Building, University of Iceland at 16:00. It is sponsored by EDDA – Center of Excellence in collaboration with the French Embassy in Iceland and the Icelandic Ministry of the Interior.

Professor Elster is one of the world’s leading social scientists. He earned his Ph.D. from Sorbonne, where he studied under Raymond Aron. He is the Robert K. Merton Professor of Social Sciences, with appointments in Political Science and Philosophy at Columbia University and Professeur Titulaire at the Collège de France. He was awarded the Jean Nicod Prize in 1997. He has contributed extensively to numerous areas of social research, including studies on constitutionalism and transitional justice.

Inspired by Bentham’s POLITICAL TACTICS, I shall argue in this talk for a negative procedural approach to institutional design in general and to the design of constituent assemblies in particular. In a substantive approach, one would try to design the assembly so that it will produce a good constitution. In a positive procedural approach, the aim would be to select wise and virtuous members of the assembly. I believe that history as well as theory suggest that these are unfeasible aims. The best one can hope for is to design the institution to minimize the impact of interest, passion, prejudice and bias on the decisions. Important choice variables include the size and physical location of the assembly, secrecy or publicity in the debates and votes of the assembly, procedures for electing members of the assembly, and the agenda of the assembly.

Click here to view an Icelandic version of this text